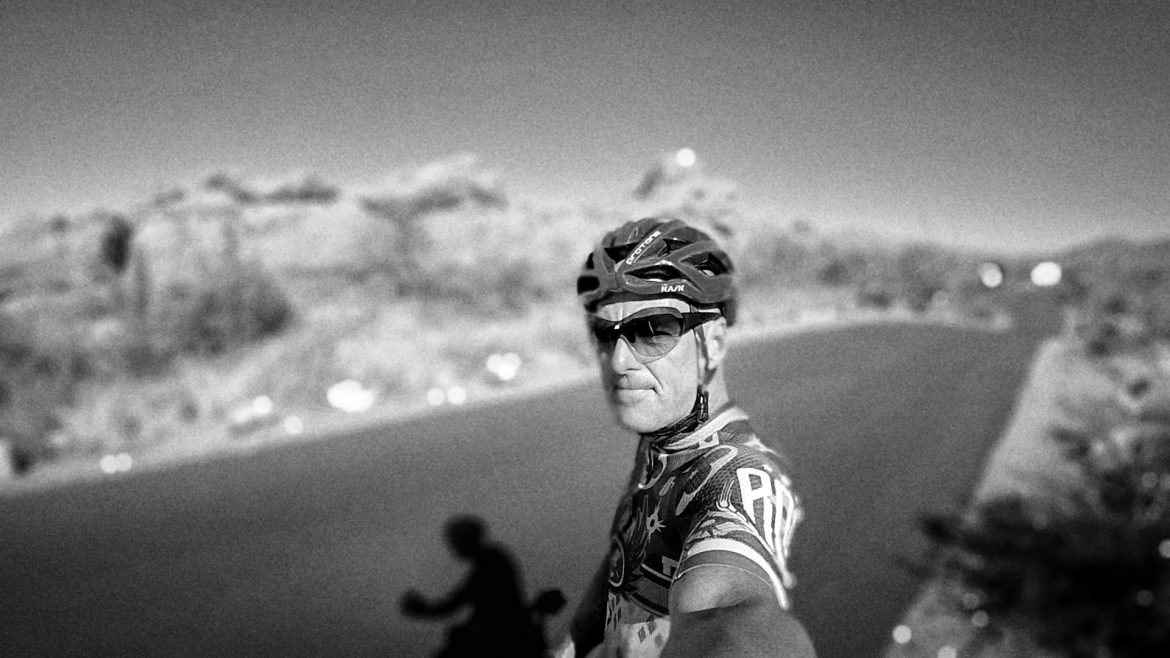 This week a cycling friend in Colorado called me. He just broke he femur in a crash and was really down.

When he first called, I wasn’t sure what he was looking for. Mental health support? Coaching advice? Suggestions for sports outside of cycling? We talked for a few several minutes and he asked how I get through adverse times in cycling.

I was instantly thought of a clip in a documentary about George Hincapie that was released many years ago called “A Ride With George”. In the documentary George talks about some mental roadblocks in his career. Two instances were the outcomes of Paris Roubaix. A one day classic he always wanted to win. In 2001 he was isolated without his team finishing fourth and in 2004 his handlebars literally came off the bike ending his race with a shoulder injury. George was the favorite to win Paris Roubaix almost every time he raced, yet after 17 attempts, he never achieved the victory.

In the documentary, Hincapie says when he has a bad day or race he tells himself “This is not my normal.“.

I’ve embraced that line over the years and even modified it for positive reinforcement as well. When I’m having a good training session, or I’m in a break away at an event or leading our club on a ride I tell myself “This IS my normal.” On bad days, I don’t over analyze the situation, I just know it isn’t my normal. Then I move on.

I am generally a pessimistic person, but in life situations (off the bike) I try to stay positive with the same perspective. I plan to succeed by preparing for things in my control and if there are days when the plan doesn’t work out… “This isn’t my normal.”

This was the advice I had for my friend in Colorado. Crashing isn’t normal. Breaking your femur isn’t normal. This is not your normal.

My hope for you is that when you have positive experiences in life and bike, you claim them as YOUR NORMAL. Ride safe and take care of the ones you love.