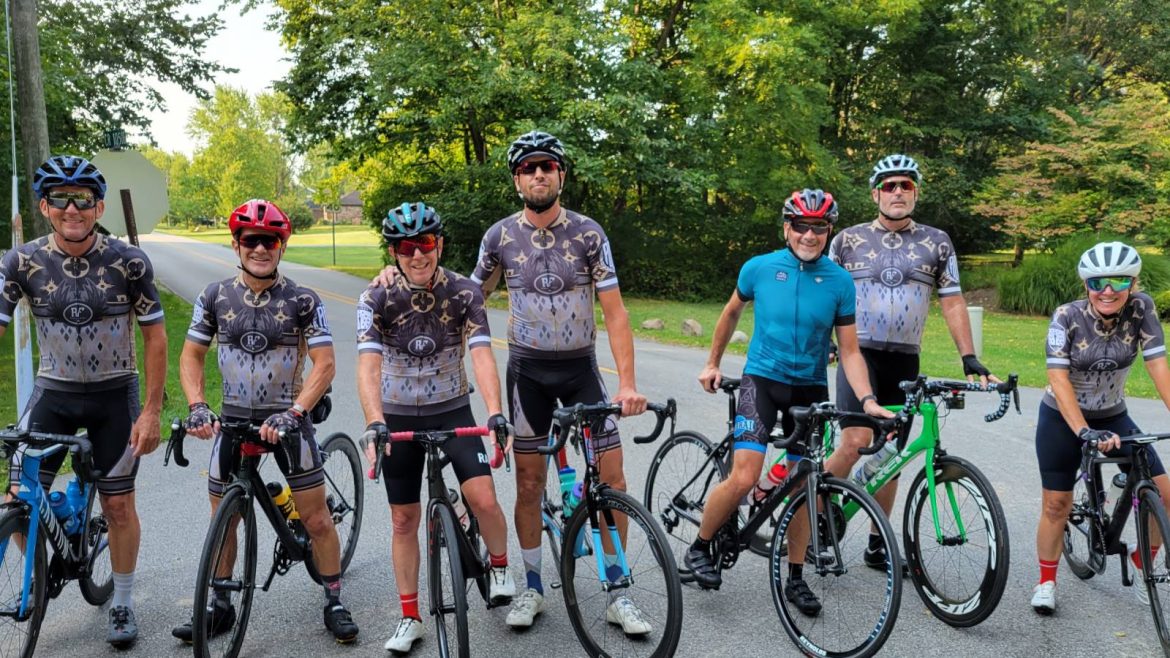 On August 30th of this year, I received the following email from Matt Tanner:
“Scott I wanted to let you know that we’ve recently added to the Rollfast website. I hope you are well mentally and physically. Reply to this email or send me a text of you would like to connect or learn more about the RFCC.”

Tanner had obviously either heard of my string of podiums – or – I was on the mailing list. Since a good number of the Indy Squad have ridden with me at some point you know it was the latter.

Anyway, we met for coffee at Midtown, of course. Matt asked me to join the club despite my low watts/kg and the fact that I’m a tea drinker. I was skeptical, because I’ve ridden with me too, but I liked the kit so agreed to give it a shot.

Since the first ride I did with RFCC, I have received nothing but encouragement, friendly instruction, invitations to workouts, and the occasional push when falling behind (literally and figuratively). It’s not easy to be the slow guy, but it’s easy when people are cheering you on instead of complaining you are holding them back. If that was all I was getting from RFCC after a few months in, it would be so totally worth it. But the most important revelation was yet to come.
In our initial coffee MT mentioned something about men in particular struggling with mental health and not developing truly deep friendships. He filled me in on part of the core mission of Rollfast. I was intrigued in how the mission helps others but wasn’t really thinking about how it might help me.

At Thanksgiving dinner my family was sharing what we are thankful for. For the most part it was the same as always: family, friends, health, jobs, etc. But suddenly I realized and shared that I am thankful for Rollfast. I’m thankful MT reached out and convinced me to join. And I’m thankful for the members and the mission. One of the things I’ve noticed is that behind all of the good-natured smack talk, this is a group that genuinely cares about each other, and would do anything to help each other. What I was seeing from the group is beyond the first-layer friendships I’ve developed around the neighborhood and at work since moving here 9 years ago. So, although I’ve never struggled with mental health, I also didn’t realize that being part of something with shared interests and common purpose might strengthen my own mental fitness, that something was missing in my own life.

So I’m grateful for RFCC, and looking forward to what next season brings, mentally and physically.