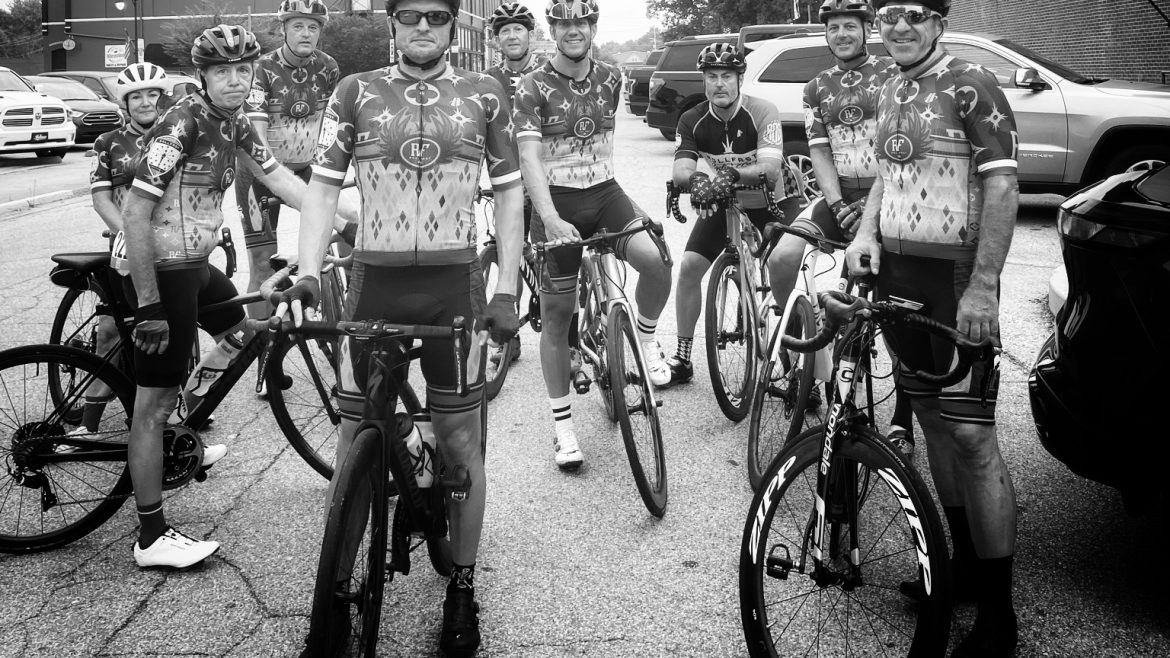 This weekend the RFCC Indy Squad participated in the Hancock Flat 50. It’s an event that the City of Greenfield contracted Rollfast to create in 2016. Over the years the event has grown in participation. This year over 500 riders came out to ride 25 or 50 miles.

While this ride is a fundraiser and not a race, there are pinned numbers and chip timing. Competitive riding is happening at the front of the peloton and rest stops are not even considered.

Several Rollfast members have participated in the past and this year we wanted to use the event to practice race tactics. I knew the course well and studied the best places to launch an attack. We chose roles for each of the riders in our team and assigned them duties to fulfill during the event.

Josh Drake was our team leader and we would all be supporting him to go for the fastest time at the end of the day. Phil Jones and Aeron Barhorst were designated to make attacks at strategic areas. The rest of our squad was going to control the peloton.

Our first attack went better than planned. Phil went off the front and Aeron was able to follow. I went to the front and controlled the pace to help them stay away. Their breakaway lasted over 20 minutes, but headwind made it a tough section to stay away. In the next planned attack area, Josh was going to try and form another breakaway. Unfortunately, an oncoming car in the wrong lane foiled his attempt and he took the safe route and aborted the attack. On the last area of the course we identified, I took an attack after cresting “Strayer Hill”. I got away from the peloton cleanly and was quickly joined by an old racing buddy Felipe and then another local Patrick. We worked hard but were caught yet again by the peloton. 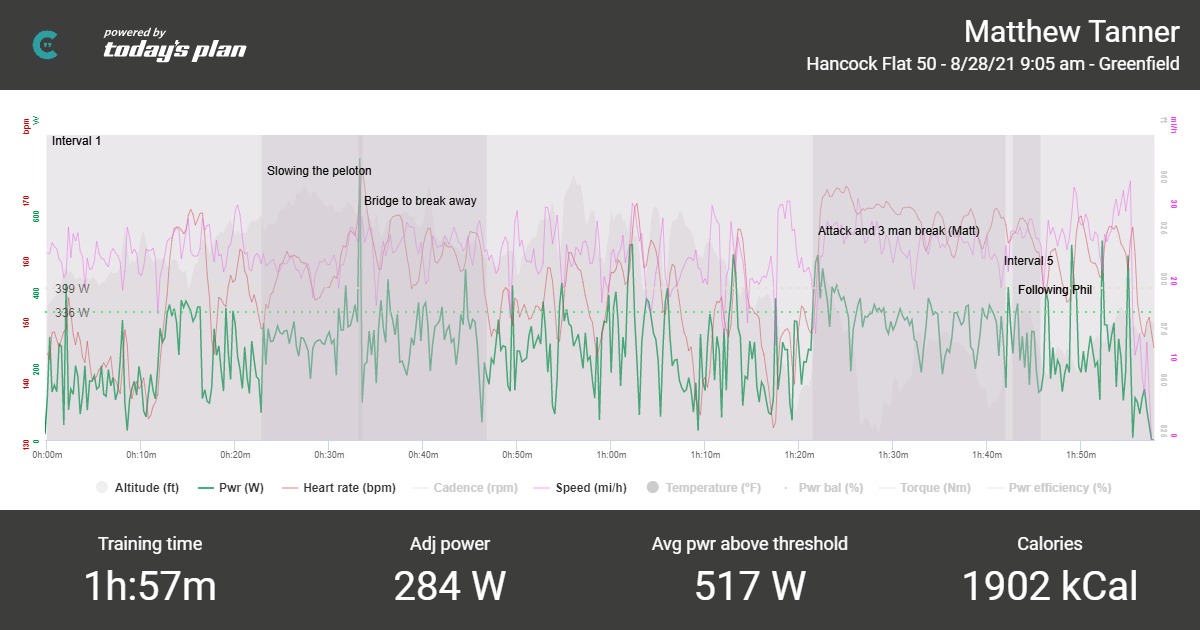 The run into the finish was chaotic. The street (US 40) was open to cars and there were no police to help control traffic. With 40 riders sprinting into town, we missed the poorly marked turn into the timing gate. Everybody was laughing as we went around the block and entered the festival through the backstage as the band was setting up.

There was a buzz in our group. The guys were all excited to be part of a team working for each other. Some of the guys have less racing experience and realized how hard it is for riders to get away from the peloton. Other riders learned how much energy they can conserve while riding in the front of the peloton. As a coach, I had a feeling of satisfaction watching each of the guys in our squad as they executed their roles perfectly.

We didn’t put Josh on the podium. There wasn’t even a podium. But that didn’t matter. We learned, we gained confidence, and we had a blast.

Last night we had a video call to recap and the buzz was still on. I was reminded of a testimonial Josh wrote early this year where he talks about how good it feels to be part of a bigger picture.

I hope you had a good ride over the weekend, and I hope you find purpose in your rides.